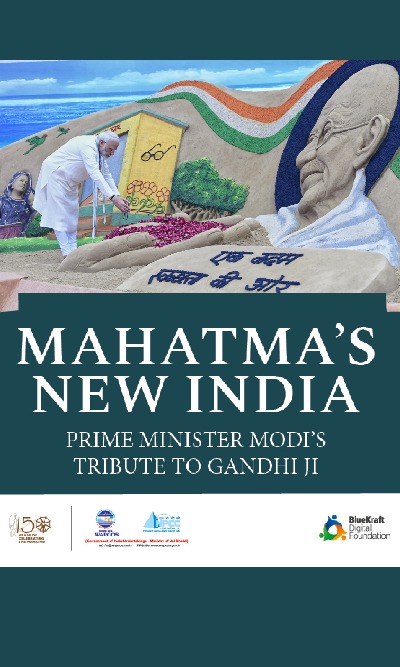 The book authored by BlueKraft Digital Foundation and published by Sulabh International Centre for Action Sociology, attempts to bring forth the congruence of Mahatma Gandhi’s vision and Prime Minister Narendra Modi’s mission towards a developed, compassionate and prosperous nation.

As the readers will go on the journey to rediscover Mahatma Gandhi’s ideas, they will realise the universal appeal of his message. The book charts Prime Minister Narendra Modi’s embodiment of some of the most striking ideas of Bapu – of building a mass movement for nation’s development, of financially and socially empowering the poorest and the downtrodden, of ushering in an era of women-led development and of promoting the skills of our artisans and craftsmen.

The book aims to bring alive the Gandhian spirit. It hopes to leave the reader with an urge to realise the golden opportunity India has, to become a global leader by 2022.